My first year experience: A series of interesting events (Part 3)

The last time I ‘chatted’ with you guys, I promised I would tell you about the time I was neatly packed into the wrong bus. Here goes…

Picture it: scenic Cross Roads, Kingston, Jamaica. The sun is out in full glory and the place is abuzz with higglers, higgling, conductors, ‘ducting and cars whizzing by, washed in the sepia tone of dust from the earth disturbed by the business of everyone being in transit – an odd beauty.

I had walked there from school, which is just a few minutes away. This was not my first time in Cross Roads, however, it was my first time alone. I was supposed to be meeting a friend in Halfway Tree and I thought, ‘this is easy!’

I had done the trip twice before and I figured, “I’m not a complete imbecile, of course I can do this!”

I mentally prepared myself for the sheer aggression that is the ‘Bus Park Ductor’ and proceeded to cross the road, walking into the thick of it.

Asked the conductor who was now firmly gripping my arm, to which I thought I had replied, “No, thanks” and pulled my arm away.

Obviously not, as there was now a lady pulling down the aisle seat in front of me. Hold on deh…When did I sit down?

So, I have to disturb the lady in front of me,who is now comfortably sitting, as well the one in front her, who is about to sit.

I said, “I’m going to Halfway Tree,” to which he then replied in genuine confusion, “So, why you neva say suh den, mumma?”

Needless to say, I remained in disbelief and confusion the whole way to Halfway Tree.

The lesson learnt was valuable. It’s important to be vocal and clear in defense of yourself without being impolite, and not just in the Cross Roads Bus Park, but at all times.

Do you have a bus park ductor tale too? Let’s talk about it!

Jaycie Lewis is an Antiguan final year student at the Edna Manley College of the Visual and Performing Arts, School of Drama. She is pursuing a Bachelors in Fine Arts in Theatre Arts. She is passionate about culture, politics and social justice, and intends to investigate and discuss issues surrounding these topics through her art. Connect with Jaycie on Instagram @aurajae 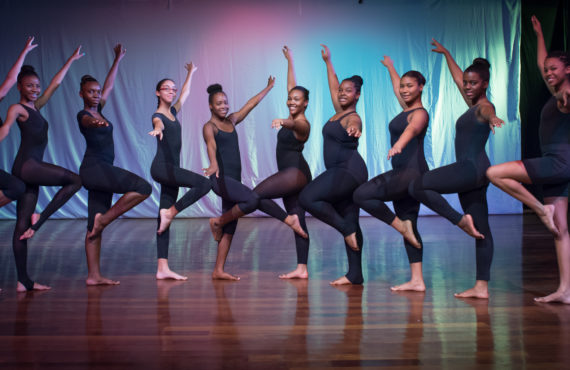 THE EDNA MANLEY COLLEGE of the Visual and Performing Arts (EMCVPA), the leading voice in regional training in arts and culture hosts a multitude of exciting performances and exhibits yearly.