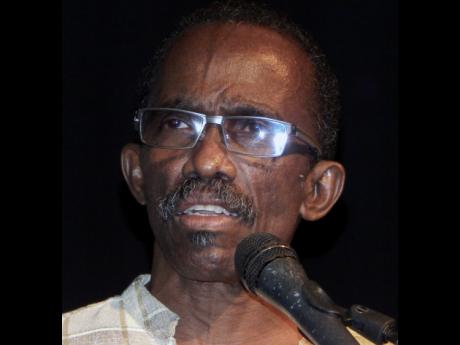 I decided to study to become a theatre artist after the overwhelming and enriching experience of the first Caribbean Festival of the Arts, CARIFESTA, in 1972 in Guyana. That first festival captured the tremendous political optimism and the transformative cultural force that was being unleashed across the region since the decade of independence in the ’60s.

It hosted some 25 countries and over 1,000 artists whose work represented what Errol Hill called “a truly prodigious effort of creativity and encouraging demonstration of Caribbean solidarity”.

When I arrived in Jamaica, the Cultural Training Centre (CTC), had recently emerged not only as a result of the courtship in which the schools of music, dance, drama, and visual arts – which had separate homes and beginnings – had been wooed by Government to join each other on one campus, but also as part of the legacy of CARIFESTA ’76 which was hosted by Jamaica.

Under the mandate of the Nettleford Commission, set up by Prime Minister Michael Manley, the curriculum of the CTC was buttressed by an ethos of cultural education, particularly in the performing arts, as well as a mandatory, and, in some cases, voluntary community outreach.

Community drama and a vibrant annual season of productions, most of which were Caribbean or drawn from the African Diaspora either in the text or the aesthetic of the performance, highlighted the sensibilities that underpinned the conceptual vision.

The schools of Dance and Music had their equivalents. In these schools, traditional and contemporary cultural forms were explored both as cultural history and as ways of seeing and interpreting the world. They were also viewed as the sources of shaping a Caribbean performance aesthetic through the creative imagination.

This was all happening in the midst of a dynamic national cultural crucible that stirred the visions and nurtured the cultural education of students:

The National Dance Theatre Company, NDTC, was distilling seminal monumental works from traditioal forms such as Jonkunnu, Kumina, Dinki Mini, and Revival as well as contemporary cultural vibrations of Rastafari and reggae music. Other dance companies were emerging with a fresh assertiveness.

Plays by Dennis Scott, Stafford Ashani, and Trevor Rhone were adding to the explorations, styles, and critical discourse.

The works of the modern intuitive artists championed by David Boxer came to prominence through their positioning at the National Gallery.

Artists, poets, and writers carved out on the college campus spaces of ‘groundings’ and engaged in conversations about the role of the artist in the society. The amphitheatre became an interactive space for young poets inspired by reggae and the poetry of Louise Bennett, ignited by socio-political protests of Garvey and Rastafari and in search of creative integration of these realities.

Many artist-philosophers were spawned among the student body from these groundings.

The musical band Third World mounted its signature concert, Explanitations, followed by Madnificent Iration in the Amphitheatre. This was indicative of the kinds of groundings and critical alliances between students and professional artists.

The groundings and alliances were pivotal to the emergence of dub poetry, with drama students Mikey Smith and Oku Onura becoming internationally recognised exponents of the form.

The gathering of poets also led to the establishment of Poets In Unity – the forerunner of the Poetry Society – which continues to meet monthly in the amphitheatre, attracting aspiring and published poets along with virtuosic features by local and international poets.

The School of Drama spawned, or was home to, three political theatre companies that used popular and traditional culture: Sistren Theatre Collective, Theatre Group for National Liberation, and UMPH. These became semi-professional extensions of outreach class projects that were eventually sustained by faculty, graduates, and students.

The groundings were enriched by contributions from academics such as Professor Maureen Warner-Lewis and Professor Eddie Braithwaithe in their interventions as guest lecturers in social and cultural history.

This led to political change across the Anglo-Caribbean and considerable cultural transitions, particularly in popular music and theatre across the region, which is very evident today.

The notion of cultural industries as part of the flagship of development was emerging, particularly because the performing arts were reflecting the voices, aspirations, and rhythms of popular and, traditional culture and therefore, attracting mass audiences.

In spite of numerous challenges around the issue of the effect of commercialisation, the arts landscape had become dynamic, popular culture was on the rise and the participants more varied and growing exponentially. Evidence of this includes the rise of ‘Roots Theatre’ and the rise of DJ music with growing opportunities that capitalise on the language, rhythms, fashion, and cultural attitudes of popular culture, with a focus on the market benefits of stardom.

The arts are as much relevant, pertinent, and an integral part of the wider society, as scientific innovations that have become part and parcel of our daily lives.

Principal of the Edna Manley College of the Visual and Performing Arts (EMCVPA) Nicholeen DeGrasse-Johnson is confident that the institution will continue to produce class graduates who, like those over the years, have made a significant mark on the society.

There are many who have benefited from the groundings of the college, having spent some of their formative years here, who continue their inspiring work.

EMCVPA, with core values Create. Persevere. Achieve, recognises a powerful relationship between knowledge of heritage and the capacity to generate works of art. These works, in turn, impact our economy, health, and well-being.

Over time, we come to call this cultural heritage.

On the occasion of National Heritage Week 2018, which begins today (October 7), the principal of the EMCVPA is encouraging everyone to reflect on the extent to which the context of its birth, outputs in the face of numerous national and regional developments, have influenced the cultural heritage of the society at large.

First published in The Sunday Gleaner